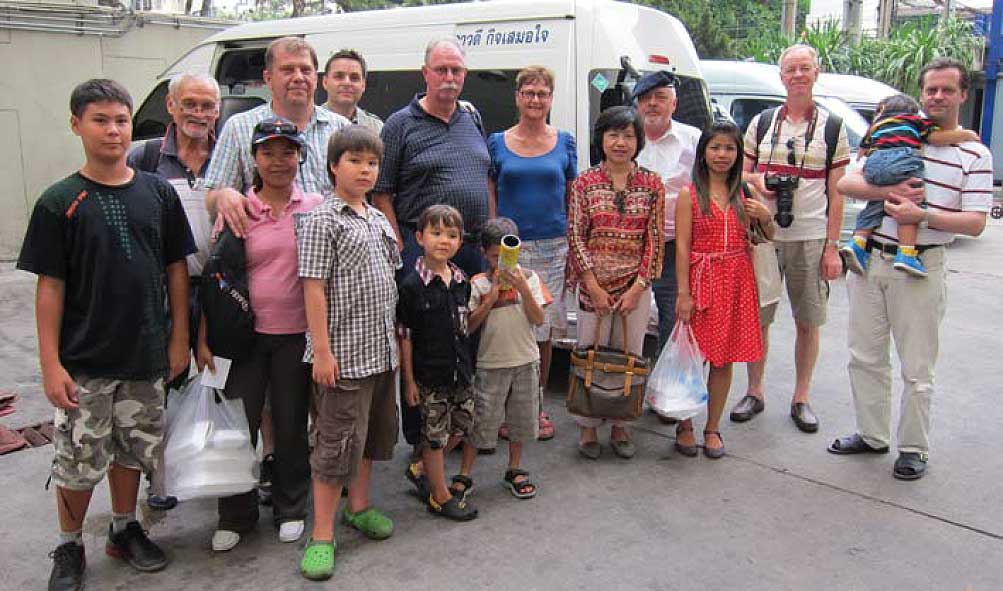 – The newly established heritage section went on its first excursion on the 25 March 2012, a trip to Chulachomklao Fortress at the mouth of Chaophraya River.

16 members joined the excursion to the fort which was the venue of the battle between the French and the Thai-Danish navy in 1893. The battle was won by the French. But the French left after receiving a large sum of money as well as some land east of the Mekong River, which at that time belonged to Thailand.

After a 45 minute bus ride and a boat trip around the Samut Chedi Fort the trip continued to the Chulachomklao Fort were Claus Gundersen and Flemming Winther Nielsen gave an interesting insight to the battle. 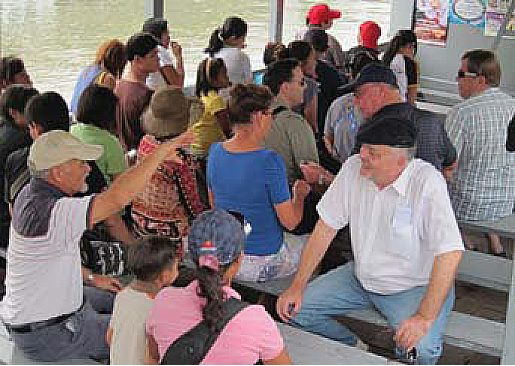 After a lunch at the riverside restaurant it was time for the best stop of the day. At least according to the accompanying children; the battle ship. After an hour at the ship it was time to return home to Bangkok again. 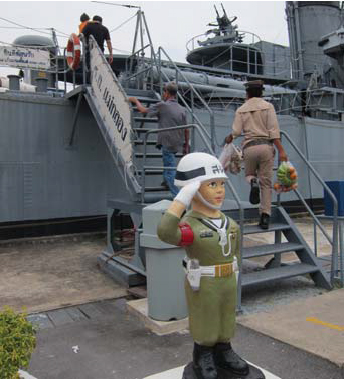 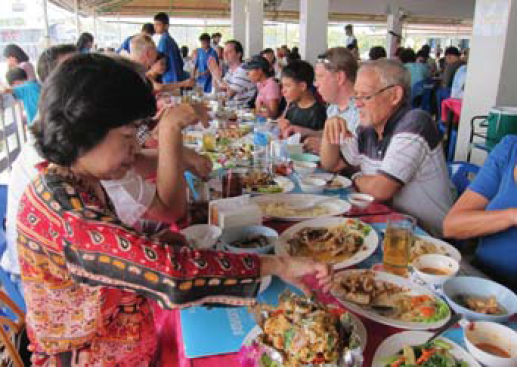